Newest, beautiful, single women now added for week of Wednesday, December 2, 2020 - Tuesday, December 8, 2020
During this COVID-19 crisis, be assured we are still working daily to ensure your success!

Why More Foreigners Are Retiring to Costa Rica 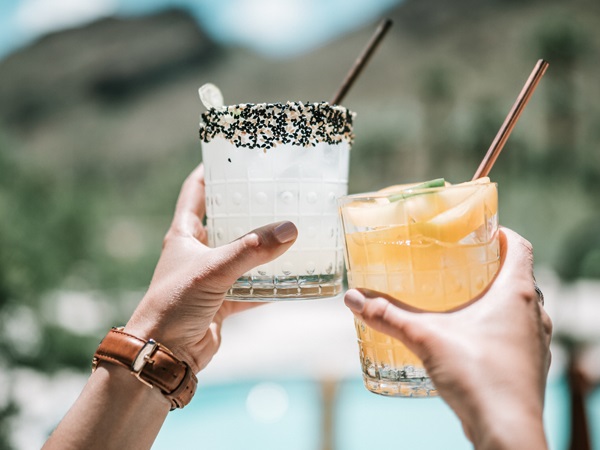 Retiring in Costa Rica is fast becoming an option for many Westerners.

Have you ever googled the best countries to retire in? If you were to do so, you’d notice Costa Rica comes up in almost every top 10 list of places to be. This begs the question: What are you doing searching for retirement locations in the first place?

The prospect of retiring in an exotic paradise is appealing to many Western men. Often during the lulls of a normal work day, through the dredges of monotonous city life, come fleeting daydreams of retirement in tropical nirvana.

The images are starting to take shape. You are firmly rested on a beach chair, the wind is brushing against your cheek, and the sunlight is gently patting your skin. Through a pair of sunglasses, your eyes survey the long stretch of white sand. Your ears enthrall in the symphony of sounds - the waves rushing against the shore, the birds chirping.

More importantly, you imagine the lovely lady beside you, with her perfectly tanned skin and wavy black hair, handing you an ice cold cocktail as she disarms you with that mesmerizing smile.

“This is what the rest of my life should look like!” you say to yourself as you are rudely awakened by the blast of a truck’s horn outside your office window.

If this is your idea of what life in retirement looks like, it may be in your best interest to learn more about Costa Rica. Here are the reasons why more and more foreigners are looking to retire in this beautiful country:

The cost of living in Costa Rica is significantly lower than that of the United States. This means that if you are making a pension of around $1,500 a month, you could live comfortably as a single person in the country.

While most things are cheaper, it still pays to make wise purchasing decisions like buying real estate in high demand areas. While it's tempting to purchase a big house in a higher end location, you want to make sure that your hard-earned retirement savings stay intact for the most part.

Either way, knowing that your US dollar is worth so much more in Costa Rica currency is sure to make relocating all the more enticing.

A stable political climate has contributed to an overall better standard of living for citizens. Costa Rica has had a stable democratic government since 1950.

The country has been without a military for 70 years. Because of this, it has avoided political and military conflicts.

Knowing that your country is unlikely to be involved in armed or political conflict any time soon makes it a reassuring option.

A big attraction for travelers to Costa Rica is the weather. Being close to the equator, the country does not experience a lot of weather extremes. It is almost never extremely hot or cold, so you wouldn't need to buy a whole set of different clothes each season.

This means you can survive with just a set of t-shirts in the closet.

The average weather, like many tropical countries, hovers around warm, cool, and breezy. In the rainforests it can be humid with heavy rains.

Costa Rica has one of the lowest rates of violent crime, much lower than that of the United States and Canada. Safety is a critical factor when determining where to retire, and Costa Rica falls comfortably in this category.

It is important to note, however, that while violent crimes are not common, you should still practice caution when going around, and be sure to avoid suspicious locations, especially at night.

5. Easy Immigration Through an Investment Program

To encourage foreign nationals to immigrate to the country, the Costa Rican government has implemented an Investor Visa program. A foreigner can invest US $200,000 in active business, real estate, stocks, or forest plantations, and be granted a temporary residency visa valid for 2 years.

The beauty of programs like these is that while they make immigrating much easier, they are also bringing in people who contribute greatly to society.

6. The Mountains, Beaches, and Forests

From coral reefs to tropical rainforests, Costa Rica has one of the most diverse ecosystems in the world. They also have the most species per area unit in the world, having around 4 percent of the world’s species.

Costa Rica tourism is mostly eco-based since it is so environmentally rich. You can explore a whole science textbook worth of sights as it is home to beaches, hot springs, rainforests, volcanoes, waterfalls, and so much more.

Whatever view you prefer, whether it is from atop a mountain or under a palm tree at the beach, you can have it all in this country.

Either way, costs are significantly lower than in the United States.

An important consideration in retirement locations is the proximity to your hometown. If your family lives half-way around the globe, it can make permanently residing in a different country all the more difficult.

Flight time from Costa Rica to the USA is as short as 4 hours. New York is only 2 hours ahead of Costa Rica time, which makes jet lag a non-issue.

This means that visiting your children or grandchildren for the holidays is quick and easy.

9. A Network of Expat Communities

There is a thriving and growing expat community in Costa Rica. Relocating to a different country can be made much easier when you are plugged into the local expat community and given much needed support.

Interestingly enough, while its capital, San Jose, is the economic and political center of Costa Rica, many expats prefer to be closer to the coasts and in surrounding areas within reach of the city.

While most locals speak English well and are accommodating, being around fellow foreigners can make the transition much easier both practically and emotionally.

A Country of Happy People

Costa Rica has always been atop the list when ranking for overall happiness. The fact that it is referred to as the happiest place on earth is reason enough to relocate and retire here.

However, before deciding to permanently settle into a foreign country, it would always be wise to take a few trips to truly see if it is for you.

While the reasons listed above give good grounds to the livability of the country, there are even more unmentioned yet persuasive reasons to immigrate there.

As you sit back and ponder the thought of where to live your golden years, know that Costa Rica should always be an option for you.

Newest, beautiful, single women now added for week of Wednesday, December 2, 2020 - Tuesday, December 8, 2020
During this COVID-19 crisis, be assured we are still working daily to ensure your success!