Newest, beautiful, single women now added for week of Wednesday, January 13, 2021 - Tuesday, January 19, 2021
During this COVID-19 crisis, be assured we are still working daily to ensure your success!

How to Impress Younger Latina Women 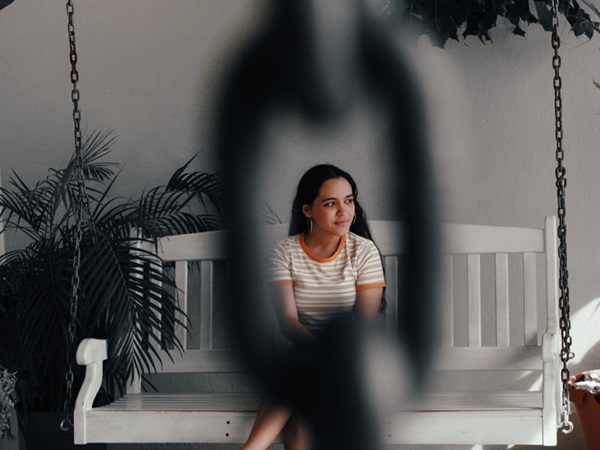 Find love with younger women by standing out.

There are a lot of guys out there who want to be with Latina women. Sometimes, these men would prefer it if those women who are Latina are also a little (or a lot younger) than they are. But a lot of men want to impress women, and therein lies the problem.

The thing about gorgeous young women is that they are likely not strangers to male attention. They have probably been subject to the attention of men who think that they are desirable and probably want to be with them. It’s just one of those women things they experience regularly.

But because there are a lot of men vying for the attention of one woman, it can be hard for one guy to stand out, to be impressive enough that they leave an impression that is hopefully positive. Leaving a positive impression is going to be something of utmost importance.

So you’re going to have to find some ways to stand out from the other guys so as to catch the eye of a woman who might just become your Latin American love interest. Here are ways to attract attention from the ladies:

One thing that really stands out with a lot of women is when a man knows how to dress himself. A lot of older guys just put on a shirt and some jeans or even some shorts and then call it a day. But the guys who really stand out are the guys who put on an ensemble.

It is not enough to just put on a suit. A lot of guys wear suits that are the wrong size for their bodies and they end up with a boxy, billowy look that is not flattering. A suit need not be expensive, but having it tailored to your body can go a long way towards making sure that it flatters your figure.

Now, there are also a lot of ways to dress more casually should the situation call for it. Many men will put on some jeans, which is fine for everyday wear, and a T-shirt. The problem lies with the T-shirt itself.

When it comes to their tops, a lot of guys will wear one that has a massive logo or print on the front. This can work well for a night out with the boys, but it is best to go for something plainer or subtler when you want to dress up for a romantic excursion.

As for shoes, a lot of older men go for chunky, somewhat unstylish sneakers because they are comfortable. But there are a lot of comfortable, sleek shoes on the market that are not going to make you look like you have swollen feet.

Dressing well is certainly something that can go a long way towards impressing women.

Some men impress women by virtue of their height and the thing about some women is that they like their men tall. In fact, taller men tend to have an easier time dating than their counterparts under six feet. But only about fourteen or so percent of men in the United States hit six feet and above.

But a lot of men can give off the illusion of height by simply standing straight. Proper posture can help a man look taller than he actually is. If that doesn’t help, then a man can always buy lifts that he can slide into his shoes to give him the extra inches he needs in order to stand tall.

There are a lot of men out there who do not know how to impress a girl. But there is one very simple way to leave a positive impression and that is simply to put on some cologne.

Now, if cologne is too much for the Latina women that you are trying to date, then you can just thoroughly scrub with some soap or body wash so as to remove unwanted body odor. Smell is the sense most linked to memory, so smelling good can help you to leave a good impression.

If packing cologne isn’t possible, you can likely buy some at an airport duty free because they generally have a pretty decent selection of colognes for sale.

The thing about a younger woman is that she is her own person and with her own brand of humor. Humor is actually a pretty useful thing when you are dating because women like it when the man they are dating can make them laugh.

So if you find yourself trying to date younger women, then you may find yourself benefitting from cracking a few jokes. But it should be noted that humor is rooted in culture. Growing up in different time periods and different places can mean that the jokes that land well with your friends may completely fall flat with women from Latin America.

So it is probably a good thing to work on humor before you start firing off some zingers to make sure that you don’t end up with egg on your face.

If there is one thing that a lot of people do when they are dating is to be nervous. The thing about nerves is that they can really mess with your head. But being relaxed, or at least appearing to be relaxed, can really help you distinguish yourself from other men who might be vying for the attention of the same woman as you.

Dating Latina women can be tough when other guys are trying to do the same thing. But there are more than a few ways to separate yourself from the pack.

Newest, beautiful, single women now added for week of Wednesday, January 13, 2021 - Tuesday, January 19, 2021
During this COVID-19 crisis, be assured we are still working daily to ensure your success!